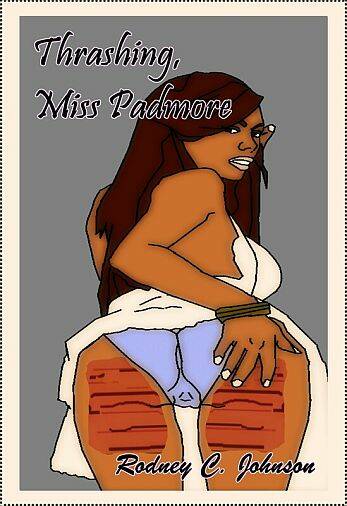 Mrs. Padmore tolerated her daughter's hedonist, stripper lifestyle, but even she has her breaking point. One drunken night too many and Shawna Padmore's Mum rung up the elderly family friend, Milton Hargrave for advice on how to deal with her disobedient daughter. Hargrave suggested a good old fashion thrashing, might do the little miss some good.


[Shawna Padmore, 26]
“Do you know why you are here, Miss Padmore?” Milton Hargrave inquired of the anxious, comely young woman, who sat on his couch, arms resting at her sides, palms pressed low into the seat cushion, plates of auburn ringlets draped down over bare shoulders and back. Underneath her flimsy pastel pink halter-strap summer dress, bountiful cleavage, heaved up and down. One thickly shod foot, pearl painted toenails, wiggled.
Wetting lush lips, Shawna Padmore responded. “To be beaten, Sir.”
“Yes, my dear.” Agreed Hargrave. “But, why?”
Shawna bent forward, reached for her cuppa tea on the coffee table. A movement that caused her tits to crush together. Given she wasn’t wearing a bra, as it would have clashed with this particular sundress, the sight proved most spectacular.
Also, a delaying tactic, so Shawna didn’t have to directly answer Milton Hargrave’s question. Sarcastic, she thought to herself: Because you, ‘Mr. Hargrave’, persuaded Mummy, that I needed a good hiding. That’s why! Oh, and likely so you could get a free eyeful of my booty, without handing over any quid for the honor. She really wanted to say exactly that. And honestly, it almost did pour out from Shawna’s Revlon, ‘Stormy Pink’ glossed lips.
Instead.
“Chores.” Shawna mumbled.
“What’s that, girl?” Hargrave prompted. “Speak up.”
“Neglecting housework, not tidying my room.” Indeed, Shawna’s bedroom remained quite consistently a jumble of suitcases brim full of clothes, shoes, lingerie. Seasonal wardrobes fit for the Queen. Sundry gifts and baubles she’d managed to coax out of clients, also took up each and every corner. Guys enjoyed giving her stuff, mostly sex toys.
A veritable wreck.
“Is that it?” Milton Hargrave wagged his finger. “I happen to be aware, there’s more to it, than the calamity that is your bedchamber, Miss Padmore.”
Shawna sighed, and rolled big blue eyes. Biting her lower lip, twiddling an auburn strand between meticulous manicured nails, she said. “Attitude.”
Milton Hargrave thought: Now, we’re getting someplace. “Yes Miss Padmore, indeed that’s true. Your Mum tells me, you’ve blatant disregard for her rules.” Pointed out. “You’d not be here, if for a moment, you thought you could afford to live on your own. Yet your Mum’s ultimatum: Shape up, take your thrashing, or get out of her house, didn’t give you many options.”
Working as a stripper under the name Serenity, at Foxxx’N the Hen House Gentleman’s Club, Shawna Padmore realized she’d never be able to afford living on her own. Bloody economy! As it occurred, Mum’s rent was keen — FREE. Never mind, Shawna locked horns with her Mum ever since she hit 18. Sure, Mum tolerated Shawna’s lifestyle, to a degree. Apparently however, Mum did have her breaking point. This is why Shawna currently sat here, sipping Earl Grey, musing on her imminent thrashing, at the hands of this elderly gentlemen, neighbor.
Severely, Milton Hargrave regarded Shawna. “Tell me, Miss Padmore, exactly what brought your Mum to ring me up, and ask for my opinions on handling disobedient daughters?”
Sure were quick to suggest a caning. Snootily thought Shawna. On occasion, she’d noticed Milton Hargrave ogling her bum. Dirty old man. She was rather familiar with his type. “Fine Milton.” Misplaced the expected ‘Mr. Hargrave’ he’d insisted upon at the outset of this interview. A friend who was practically family. A reality Shawna concluded, which made Hargrave’s resolution permissible to her Mum, who lacked fortitude to administer his recommended thrashing. “I got home, sloshed, a guy on my arm. We shagged, unleashed all sorts of shenanigans.” From what she remembered, it had been a nice roll in the hay. Explained, unable to keep the aforementioned catty attitude out of her tone. “Mummy’s rules forbid blokes in my room.”
Milton Hargrave nodded, satisfied. Not so much however as he soon would be. Giving this little vamp her long overdue, royally pain of a rump, a thorough spanking should prove a delight. “Are you quite prepared to be thrashed, Miss Padmore?”
Shawna got up. Gracefully, over womanly contours, her clingy pink sundress hugged the exotic dancer’s lissome, curvaceous frame. 6-inch, stripper Pleaser shoes, finest cold hard cash could purchase, clanked on stained hardwood, when Shawna made a show of obstinately stomping her exquisite foot. Best bitchy delivery. “I suppose.”…