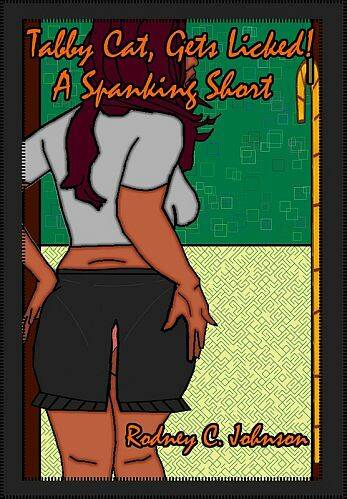 Tabitha's no good, very bad week, concludes with her getting an extremely sore bum, thanks to a misunderstanding of Aunt Karla's rules. Tabitha thought her boyfriend cheating on her with a ditzy blonde had been the worst part of a miserable week. Tabitha's caned bum says differently.

Part 1. Cat On The Prowl

Part 1. Cat On The Prowl


[Tabitha Hunter, 20]
Burgundy ringlets cascaded onto the bookstore’s carpet when she bent, in order to fix the buckle on her thick shoe. Tight black sheath skirt hugged, what could only be regarded as an apple bottom. Tabitha, ‘Tabby Cat’ to friends and family, got up, adjusted her wire rimmed glasses, and returned the book she held onto a nearby shelf.
Tabitha owned the body of a 1950s pin-up, extremely Bettie Page and she dressed the part for her job. Some misguided souls, might have labeled Tabitha ‘chubby’. If 5′ 5” and natural 34DD-24-37 were considered too big, Tabitha didn’t want to be small.
Guys didn’t seem to complain.
Of course, Tabitha really considered herself an ‘Alt-girl’ and it showed with her many piercings. Ears naturally, where she had three, currently filled with various hoops, lower lip, where a tiny platinum node glinted and nipples, just to be naughty.
What a week. It began with an epic break up with her boyfriend, which left Tabitha out on her ass, no place to stay. Luckily, Tabitha’s aunt, Karla, allowed her to quickly move in. So far, so good – Though, Aunt Karla could be sort of strict.
“Goodnight, Tabby.” Said Mr. Ryall, owner of the Notting Hill bookshop as they exited out onto the sidewalk, after closing for the day. “Any plans for the weekend?”
“Thought I might catch a movie before I go home… Back to my Aunts.”
“Enjoy yourself, and see you Monday.”
And so, Tabitha clacked down the street. A week ago, she’d have run home to her boyfriend, and surprised him with wild sex. But no more Jaks Marlow for Tabitha. His loss. Hey, Jaks was the bloody fool who cheated on her with that blonde bimbo.
Now. What to do with herself? Aunt Karla wouldn’t be home from work yet. Tabitha had an obscure memory of her Aunt remarking at the breakfast table this morning, not to be out all hours of the night. That she should be home, no later than midnight, or there would consequences. Wait! So now she had a curfew?
Tabitha thought, perhaps that required clarification. She was twenty, not thirteen!
“Hello, Aunt Karla?” Said Tabitha into her mobile, forced to leave a voice mail, because Karla didn’t answer. No doubt she was busy at the hotel. “I just wanted to touch base. Did you give me a curfew this morning? We need to discuss it.” Added, maybe a little bit snotty. “You are aware? I’m not a teenager anymore.”


Rather early yet, when Tabitha departed from the movie theater. Treated herself to a tear inducing chick-flick. Heart wrenching romance, plus vampires, that didn’t shimmer in daylight! In fact, they were down right frightening, in a sullen sort of way.
Looking into her compact, Tabitha fixed her eye make-up.
Tabitha thought a pub for dinner would do her soul some good. Yes, some ale and pie! Better that than going back to her aunts, somewhat cramped and empty flat so early in the evening. Maybe she’d run into a friend?
A block from Aunt Karla’s flat, not far even from where Karla worked at a posh hotel in the front office, Tabitha got herself a booth, and ordered a pint of ale, as well as her favorite steak and mushroom pie. After she ate, Tabitha got dessert, butterscotch custard, and coffee.
Out on the street, she checked her watch, a tad past 11:30.
Supported by one of her black and red chunky heeled Mary-Janes, Tabitha leaned on a wall outside of the pub, and pulled out a pack of Dunhill cigarettes, lit up and puffed away. At long last, the weeks stress completely evaporated. …