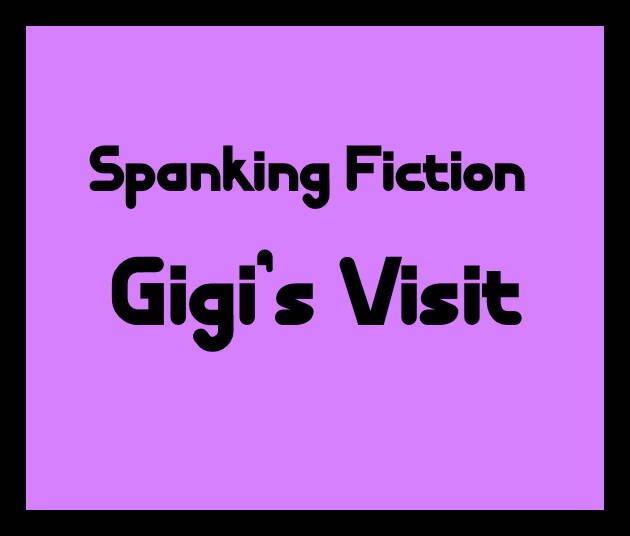 Gisela visits her strict uncle in South Africa, and ends up with a caned bottom.

A few months ago my American niece Gisela, my sister’s daughter came to spend time with me in South Africa. Gisela is a pretty young girl: Curly blonde hair that reaches down her back almost to her bottom. Green clear eyes and full pink lips along with a tiny freckle beneath her left eye complete her lovely face. At twenty-one Gigi is like most girls her age likes to spend time partying with her friends. One day last week Gigi went out to a party and missed her One ‘Clock curfew.

I spent the entire night driving Johannesburg to find her and when I did she was in quite a state. Gigi was very drunk and at the very moment I pulled up one of the clubs I found her “necking” a guy who had to be at least twice her age.


Without saying a word I dragged her into the car. We spent most of the ride home in silence until Gigi said: “I’m sorry uncle, I didn’t mean to make you angry with me.”

I told her that I was very worried about her and that if her mother or father had seen her like this they’d kill both of us. She agreed and I heard her mumble something that she was glad that she wasn’t back home in Texas because her father would have paddled her butt.

Once we got home Gigi went straight off to bed. A few hours later though she crept into my room finding that I was still awake. I asked if there was a problem? She said: “I feel bad about making you upset with me.”

There was a clear frown on her face.

“I really think that I need for you to punish me.”

At this I asked her what she meant, though as you can guess by this time I had a good idea of what she was referring to. It was best to make her ask.

“Back home daddy would make me bare my butt for twelve swats with the board.” She bit her lip. “I think I need a spanking uncle.”

This didn’t seem a bad idea at all. Gigi had me a wreck earlier and to be honest the idea of giving her seat a sound thrashing sounded like it might serve us both well.

I told her that I agreed perhaps a spanking was in order at the moment exactly how I intended to deliver her blistering was churning in the back of my brain.

“Lets get it over with then.” She said standing and pulling out a chair. I noticed that she starting to tug up her pale silver nightgown showing a hint of her blue thong.

Not tonight I told her. It was very late, almost three. Besides if I were to thrash Gisela it would need to be something that left an impression on this headstrong young women.

I told her tomorrow evening before she went to sleep I would punish her. She would have to stay home for the day and when it was time for me to discipline her she would need to do exactly as she was told or her punishment would not count.

Agreeing Gigi went back to her room for the night.

At eight, after we finished watching a game show I told Gigi to go up stair and ready herself for bed. This I knew involved her slipping into one of her body hugging silk nightgowns which would make it easy for me to bare her butt for her spanking. What I had in mind was a little more than a few swats though.

Gigi did as she was told and went up to her room to get ready. As she walked up the stairs I could see that she had a fearful look on her face not knowing what to expect on her return.

About three minutes later Gigi came downstairs dressed in a gold nightgown and barefoot. Her green eyes opened wide and her quivering little pink lips parted in shock when she fully comprehended what I intended to do to her.

“Uncle” she pleaded. “Please not a cane… It’ll hurt so much.” Tears had started to come down her face in anguish.

I told her that she agreed to do as I told her. Bending the yard long straight piece of rattan in my hands to make it clear I meant business. The cane was from the colonial period and used to discipline soldiers. Its handle was bound with leather.

The cut of the cane in the air made a most satisfying swish! As I explained the rules of her punishment Gigi.

For Gisela’s caning she would be allowed to take the first six cuts over her panties but for the rest she would take them on the bare bottom. To this Gigi nodded frowning the whole time and shifting her five-eight stature from one bare foot to the other. Also she would need to remain on her tiptoes during her caning or the cut would not count. I knew that Gigi was a ballerina and had sufficient balance, also my intent was not to allow her to put on a “stiff upper lip” during her punishment.

In the center of the TV room I had placed a stool and I ordered Gigi to go over to it and lean on her elbows on the padded seat. She did as I commanded bending and pulling up the hem of her nightgown as she did so.

Underneath her golden silk nightgown Gigi wore pink translucent panties that clearly showed the space between her tow tight ass cheeks. I heard her sigh regretfully as she lifted herself up onto her toes thus placing her butt into an ideal position for her caning.

Luckily Gigi had barretted back her hair so that her blonde curls didn’t fall into her face as she bent over the stool. She had tightly shut her eyes and I told her to keep them open. It was time to begin the first of her twenty-four cuts.

Bringing the rattan down just fullest curve of her ass I heard Gigi moan. A clear welt formed under he diaphanous underwear. She kept her footing though she rocked a bit.

The next stroke fell with a hard crack and Gigi screamed fighting to keep her position over the stool. She didn’t wish to earn more cuts for touching her butt. Falling off her tiptoes would mean we would start her punishment again no matter what number we were at.

Stroke three landed where her thighs and butt joined, number four I gave her without a pause and this produced another high pitched yelp.

Five I landed on her right thigh and she moaned this nearly caused her to rest back on feet. I warned her if she got off her tiptoes we’d start all over. She pleaded with me but I told her this was the condition of her punishment.

Finally we had reached number six. The stripes from her caning could be made out clearly under her panties. In a moment she would be without their slight protection.

Number six cut through the air and landed just on her left ass cheek this brought a holler and her hands left the seat of the stool. Some how Gigi managed to keep on her toes and not touch her butt.

I reminded her that now she would have to remove her panties.

Reaching into the waistband she began to draw the pink clingy fabric over the six raised welts. I was very impressed that she managed to remove them without getting off her toes.

Very painfully she flung her panties, away from her on the end of her foot then repositioned herself over the stool.

The next six brought more screeching and at one point Gigi reached back to rub one of the purplish welts. She earned three extra to the twenty-four of her caning.

Coming to the final six I intended to bring her to her breaking point and landed them in succession. Each time the cane cracked across her bared flesh she winced and cried begging me to stop. The very final cut I made sure to land it under the panty line but she Gigi had been reduced to utter sobbing. Again she made a great effort not to let herself fall off her tiptoes though her legs wobbled and she was clearly in a great deal of pain.

So Gigi’s caning had ended. I sent her up to her room to go to sleep though I was sure that she would not sleep very well tonight on her bruised ass. It was almost nine and I decided to go to bed as well.

The next day at breakfast Gigi came down stairs still in pain. She sat herself gingerly in her chair and nibbled at her eggs.

I asked if she was okay and she told me that she was. Gigi also said that though it hurt she’d never forget her thrashing and hoped that if she needed to be caned again that I would see that she got the cuts she deserved.

For that visit Gigi didn’t need to feel the rattan though she did get it a few more times the next year of her stay with me.

My sister and her husband told me that they wanted me to secure them a rattan for use with Gigi and her little sister back in Texas.