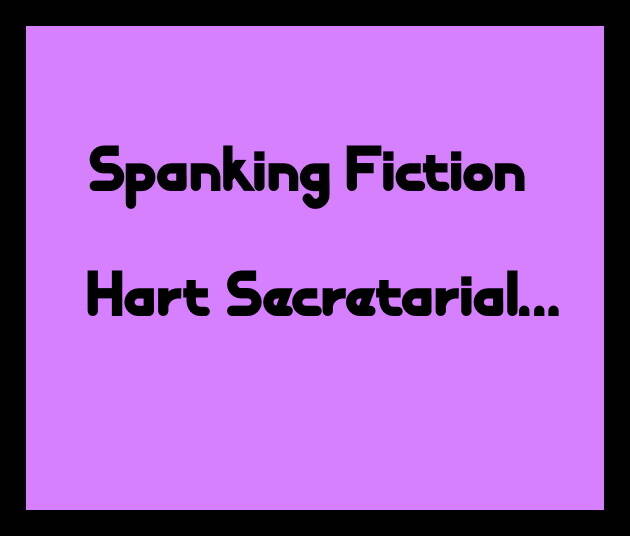 The Secretarial students at Hart, know when they make mistakes at school, it means a caned bottom, strictly administered in a firm manner.

illetta Thorn hesitated outside the door, felt her long stocking clad legs tremble as she looked down at the blue card that read: “To be administered 12 of the best for repeated truancy, and an additional 6 for sloppy longhand…”

“Oh well, no sense putting it off.” Villetta said to herself and then turned the handle of the punishment office’s solid oak door.


Hart Secretarial School was famous for its assistants, well disciplined, efficient, not to mention the most beautiful. They worked in all strata of the business world and a few even were engaged privately for their many refined skills. Once in awhile, former students would be sent back to Hart for refresher courses in proper secretarial conduct. This almost always meant a militaristic regime of discipline.

Villetta Thorn certainly filled the last (but by no means less important) requirement of the school as she was a beauty. Long legged Villetta had an exotic loveliness do in no small part to her French-Spanish and of course English heritage. Her pure black hair was complimented by a pair of striking blue eyes. Perky full breasts threatened to pop out of her shirt.

As she entered the office Villetta smoothed the side of her tight gray pencil skirt that curved and defined her bottom. The nineteen year-old noticed the rigid black chair, gulped. That chair was famous. It was designed just for its use, to conform to the girls and their expected heel height.

“Ms. Thorn, good. I’m Tiffany Anders” she wore her hair up in a perfect bun. “The administrator will be with you soon until then, let’s have your blue slip please.”

“Hmm,” Tiffany remarked, looked aghast, such behavior was highly frowned on at Hart. “Repeated truancy, on top of unacceptable longhand, this is a well deserved caning.” She told the frightened girl and pulled the black chair into the center of the room.

“Time to get ready, you don’t want to be standing there like a doe in the headlights when The Administrator comes in. He’ll expect that skirt up, and knickers at your ankles.” Tiffany sighed. “Trust me if you’re not ready those eighteen strokes aren’t gonna be the end of it.” She told Villetta from experience, both her own and what she’d observed as The Administrator’s personal assistant. “During your caning you will not see him. You will remain hands on the chair, and your legs shall at all times stay in the proper stance.” She listed. “Failure to comply will result in extra strokes.”

Oh this sucked! Thought Villetta, it was worse, since no doubt by now the call had been sent out to the boarding house that she stayed at. Normally that wouldn’t have been an issue, but this boarding house was special in that it catered to this school (though more than Hart girls lived there) and punishment at school assured punishment at home.

Villetta walked the few paces to the chair, hiked up her skirt to reveal a lilac silk thong and black stocking attached to a garter belt. She exhaled, bent over the chair.

Tiffany came up behind Villetta and eased the thong down to the girl’s ankles. “Very nice but you must stand proper.” She said and with her own heel forced Villetta to spread her legs as far as her thong would let them reach, rather comfortably they rested against the chair legs.

Villetta now exposed olive-skinned butt tensed, her hands on the grips fashioned into the special punishment chair tightened their hold. A cool breeze from a fan sent a chill through her body.

Tiffany wasn’t done; she unhooked Villetta’s garter suspenders. “There its better for the cane.” and finally she adjusted the skirt, pushed it further up the girl’s midsection.

Behind Villetta a door opened, and closed with a thud.

The Administrator and Tiffany conferred for a few moments, and then Tiffany was instructed to “Go fetch the number six.”

It was difficult to stay in place, her mind attempted to endure the thrashing she currently received while the whole time Villetta worried of the inevitable trip to the stairway back at the boarding house.

Swish, crack! The cane did its work and left precise stripes across poor Villetta’s perfect little bottom. It seemed to last forever, the girl bawled, begged for mercy but the Administrator was hardly inclined to be lenient where the good name of Hart Secretarial College was involved. Besides this was his job, which he rather enjoyed at that.

Once the eighteen strokes were met Villetta was told to stand, she did so wobbly.

Villetta felt the purplish welts across her bottom, her whole ass stung, and blushed when she’d stood and was met by the face of the rather young man who had just tore into her butt with a thin whippy yellow cane.

She signed the blue punishment slip, handed it back to him. “You may pull your underwear up, readjust your clothes.”

This had been awful, painful and had greatly humiliated her Villetta thought as she slowly lifted her lilac thong and frowned when it came into contact with the fresh welts. Her pretty face experienced a number of grimaces as she forced her skirt back into place over her rump.