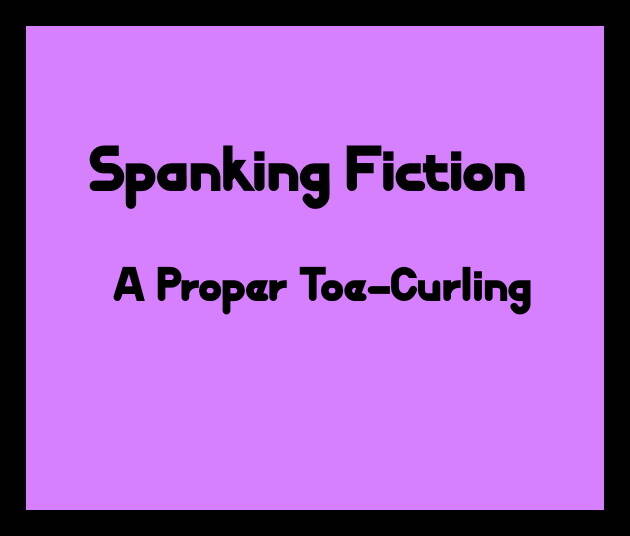 Tanith Cofler, reports to her uncle for a sound caning, as per her agreement with her Mum.

“Shoes off.” Ordered her stern uncle.

Tanith Cofler sighed, knelt and began to unbuckle her shoes. She really loathed that command, as it foretold of impending doom for her curvaceous hindquarters. When done the tall, shapely brunette hottie neatly placed her stylish black L.A.M.B Flavia Heels beside a carved animal foot of an antique wingback chair that sat near an upstairs stairwell.

With a gulp Tanith went over to the wall cupboard where Uncle Callum kept his long swishy yellow cane, a crook handled, thin, fierce instrument which never failed to leave a young woman’s ass in a pure state of heated pain.


She should have known better than to have brought a boy back to her room. It hadn’t taken long for Tanith’s Mum to catch her last night. Stupid! Go drinking with the girls after work, run into a cute guy and think she could get away with bringing him back without getting noticed.

Oh Mum noticed alright, and sent the boy away right off. After which she had informed her wayward daughter that she’d need to call up her uncle and arrange for herself a “Proper Toe-Curling” as Mum called it. Not long after she’d been caught almost in the act, shirtless and down to her pink bra Tanith had been told to ring up her Mum’s elder brother and tell him that she would like to be caned.

Certainly she didn’t want to be caned, but these were the rules she and her widowed Mum had established. That alone had humiliated the eighteen year-old girl, dialing up Uncle Callum and saying: “Hey Unc, I need my ass thrashed. When should I be over?”. He had of course responded that when she completed her work for the day, tomorrow would be just fine.

At her office job she couldn’t sit still while answering the phones. Most of the day she fidgeted and kept touching her not yet welted bottom, safe for the time being underneath her banded skirt, wishing that it could stay that way. At closing time Tanith had rushed off to the bus, lest she be late to her Uncle Callum Laird’s flat in London’s center. Now here she stood, shoeless and in stockinged feet on the dark hardwood floor, cane in-hand ready to hand it over, soon about to be soundly thrashed.

“Skirt up, knickers down,” Callum said after he took the cane from her, which he then bent in a full loop to show off its dreadful whippiness. “Elbows on the seat and keep those fingertips out, eyes front.”

Tanith began to lift her black skirt, tight, but not so much so that the smart and stylish sheath couldn’t be hiked upward to her mid-section to then be folded out-of-the-way. Rather snugly the skirt remained in place and framed a womanly apple-bottom. Thumbs in the waistband of her Curvy Kate coral thong Tanith at last slipped her knickers down past seemed French-Coffee colored nylons and got herself into place.

Not a very comfortable posture at that, on her elbows, with manicured fingertips outstretched, Tanith’s 32F tits threatened to blow out of her sheer white blouse at any moment as she struggled to maintain her bowed stance. Top heavy upper half now much lower than her equally round generous rump.

Thrump! The cane landed almost with a dull thud, like drumsticks which had hit on a tightly stretched drumhead. Tanith didn’t scream, instead right leg kicked up and maroon lips jolted open while she struggled to master the sharp, biting pain.

Thrap! That slash produced a rather girlish grunt.

“Ooomphf!” Tanith exhaled in a gasp.

Abortive cries came from the curvy girl after each stroke and sure enough, Tanith’s stockinged toes curled backward in their nylon encasement. Each toe seemed to absorb the impact of the cane as they pulled up from the hardwood floor under her stockings.

“OW! OW! OW!” cried Tanith Cofler amidst her mournful sniffles when Callum finally completed his task and sent her to stand in the corner, skirt still up, and rod held under her sore bottom cheeks, criss-crossed now with twelve, throbbing hot purplish lines.
Post message Add a new comment