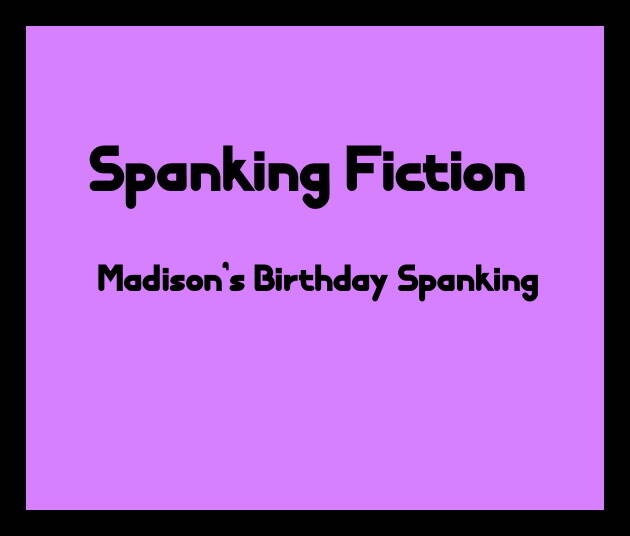 Madison, gets a hot bottom for her birthday!

Getting out of the shower, the curly haired brunette set out on her bed the clothes she’d chosen for her birthday party. A blue satin dress, that she knew would match her tan complexion. Time was running out, and her sister would soon pick her up, so they could go together to the party location.

Madison was greeted by her friends and her family. Her sister couldn’t help herself, and brought along a few of her own, male friends, intent on ‘setting her up’. That didn’t really go over too well with Madison, who smiled nicely at the guys, but wouldn’t give any of them the time of day, let alone a date. Her guy needed to be special. Not afraid to take her in hand, if need be.


After the cake and the gifts, the young damsel decided she’d take a walk in the garden and to her surprise, a stranger met her under an orange blossom tree. He had not been among the guests — At least Madison didn’t recall him there. She would have remembered. His striking predatory features and well-trimmed goatee, those features would have stuck in her mind.

She went over to ask him his name, but instead, he placed a finger to her lips. “Now Miss Madison, have you been a good girl?” She found herself blushing, but a grin crossed he face. “Young lady, I asked you something.”

Madison smiled, and played along. This after all was supposed to be her birthday gift. “I’m sorry, Sir. Yes, I’ve been very, very naughty.” She couldn’t keep the twinkle out of her eye, suggested. “Perhaps the birthday girl needs a spanking?”

The stranger didn’t allow Madison many options. With one swift movement, he pulled her over his knee. Slowly, making it last, lifted the hem of her satin dress. Underneath silky emerald panties, covered a firm, taut buttocks. SMACK! “Ouch”, she said, but giggled, enjoying the burn and feel of his hand on her rump.

“That’s only the warm-up.” He promised and tweaked a nipple. Madison’s soft, bountiful boobs were popping out of her party dress in her rather exposed, over his knee position. The naughty girl wasn’t wearing a bra. “Now, thirty swats.”

Between her legs, she could feel a tingle when he promised to spank her some more, and managed to say, in a husky voice. “I’ve been a really bratty girl.” Mocking a pout, Madison begged. “Spank me, Sir! Spank me hard!”

After ten hard whacks, he paused and reached for the elastic of Madison’s panties, pulling them down to her ankles. Madison’s curvy buttocks had become the color of a Red Delicious apple. “Now, how does that feel?”

“Oh, it stings.” She purred and Madison thought: I really should probably introduce my boyfriend to my sister, or she’s just going to keep throwing guys at me.

Pleased by the little yelps and cries he caused Madison to make, her secret boyfriend nibbled on Madison’s ear and whispered. “Happy birthday, Love.”