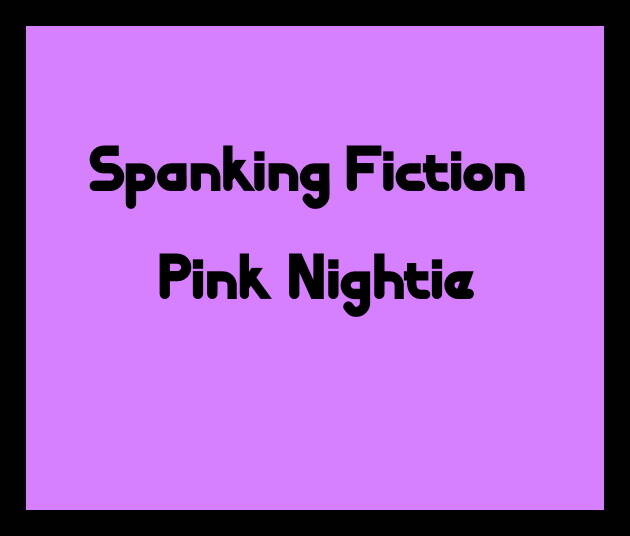 Naughty Sheena, gets caned in the front hallway for lying about her whereabouts the previous evening. And is mortified that her aunt shows up at the door, just in time to watch the bad girl get her bared bum thrashed.

[Sheena Weston, 19]
Hands atop of her head, glossy raven hair narrowed down her shoulders toward the middle of her back, past the thin orange straps which matched the trim on her pink satin nightie. 34F cups thrust outward, her boobs nearly burst over the top, she sucked in deep nervous breathes, trying to calm herself while she waited in anxious expectancy for her mum to return home. Tears already threatened to erupt from Sheena's big clear blue eyes. In front of her, the wooden straight back chair set against a wall. To her left, close to the front door stood a coat rack, where hung the crook handled slender cane, always on display in the entryway so as to remind Sheena to be a good young woman.

5:30 PM on the dot, the front door opened. In came Sheena's mum.
Canings were done after work, or as close to the infraction as possible. For Sheena, work meant being a teller at a bank. Sheena's mum expected her daughter to be prompt, and ready for when she herself got in from her job as a school teacher. That meant out of her work clothes and dressed in her pink nightie, her 'punishment uniform' as it were, and waiting at the chair, standing in the proper posture, hands on head.

Tonight’s caning session owed to Sheena lying about her whereabouts the previous night. She told her mum she would be going out with friends from work, yet it turned out, she’d actually been off with a boy who her parents didn't approve of. Mum learned the truth, thanks to one of her own friends, who spotted Sheena where she wasn't supposed to be. Had Sheena's mum not been tired on the previous night, the caning might have been over and done by now. Instead, it got postponed until the following evening. Which, unfortunately meant for Sheena she'd be going into work tomorrow sporting a sore bum.
“OK young lady, lower your knickers.”

Exhaling deeply Sheena dropped her hands from her head, shoulders slumped. She obediently hiked up her pink nightie, stuck her thumbs into the waistband of the lavender lace thong, and pushed the clingy fabric to her knees. As Sheena straightened up to return her hands to their former pose atop her rich black hair the cool pink satin nightgown smoothed itself over her delicious contours, coming to rest over her bared buttocks, and thighs. The touch of cool fabric on naked skin caused Sheena to shiver. It might have felt freeing, going commando, were it not for the fact that she was but moments from being thoroughly blistered.

Gathering up the satin nightdress's excess fabric, Sheena's mum neatly folded the pink nightie's hem up, and pinned it out of the way. And then she instructed, though it was more ritual, than needed instruction. “Now, hands on the chair my girl. No argument.”

Sheena placed her hands hesitantly down which arranged her pear-shaped ass upward in the air, making it an ideal target for the cane. Pink nightie pinned almost up to her breasts as it was, Sheena's terrific pair of boobs threatened to pop out of the nightie's formfitting bodice, probably would too, once her mum started to cane her, they wobbled each nervous intake of Sheena's breath.
Pleased to see Sheena in the correct position, bare bum on display, and with no argument, her mum fetched the cane from the coat rack, flexed it a few times into a U-shape. Finally she tapped the tip of the cane on the crease between her daughter’s buttocks and legs.

Bouncing around, yet not daring to rub her hurt bum, eventhough the sting just after only two strokes became nearly unbearable, she gritted her teeth. Tears flowed unabated and Sheena couldn't help but jump, startled when the doorbell rang. Not the best time for a visitor. Perfect! Sheena glumly thought. And here she was, her tail on display, more than aware that her pussy would be exposed as well. Mum wouldn't allow her to postpone the punishment any longer. No sense even trying to argue about it. Sheena hoped whoever happened to be at the door wouldn't be staying long.

No luck!
“Come in Jenni.” Sheena's mum greeted her aunt.
“What have we here?” Aunt Jenni asked.
“Sheena got caught up in a lie, we're rectifying that now.”
“Shall we continue young lady?”
“Yes ma’am,” sobbed Sheena, though she would rather not continue at all.
How mortifying. Clearly her mum wasn't about to ask her aunt to leave. It wasn't as though aunt Jenni hadn't ever seen (or received) a caning. Of course, she had her own children, two daughters to be exact, who she punished in just the same manner.

Tap! Tap! SNAP!
“Yowiiiii!” Sheena screamed.
This time the cane wrapped across the curves of Sheena's upturned bottom.
Fidgeting about as she was, doing her darnedest to keep her place holding the chair seat, Sheena's panties migrated toward her ankles, where her pedicured toes tangled in the delicate lavender lace.
The cane tip lingered over her rump, tapped. Sheena's left butt cheek twitched as if it were its own thing and not a part of her body. Then the evil rod whistled downward, a flood of tears poured from Sheena's blue eyes.
Finally, among the bouncing and fidgeting, Sheena's left tit did indeed pop out of its fabric enclosure, not that the bared breast halted her mum's assault with the cane. Ten strokes complete, and lucky to not have gotten more, Sheena, with no need to be told to do so, placed herself in the corner, while her mum and aunt enjoyed tea.

Once excused from the corner, Sheena went to her room. There she set out her work clothes for tomorrow, a smart skirt and blouse. That done, she lay down on her bed and rubbed her stripped bottom.