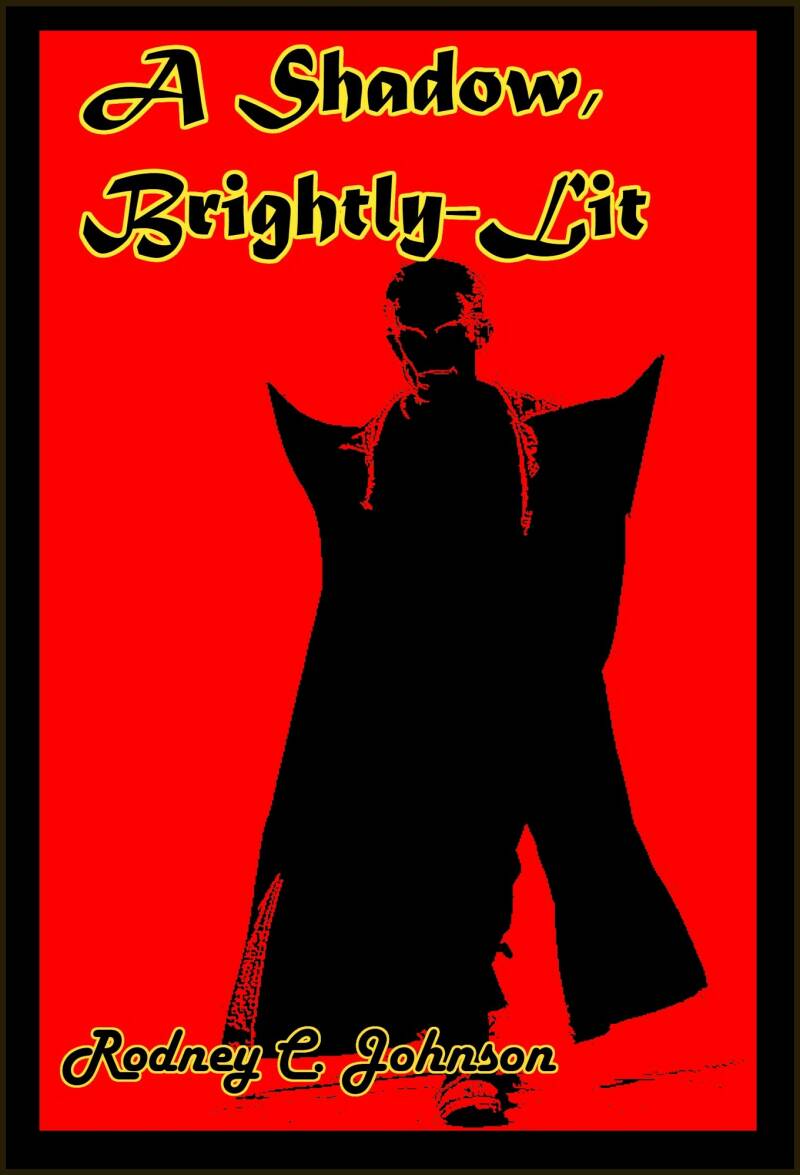 Iblis Jinn falls from grace, yet his rebellion spurs plans that lay beyond his own understanding.

Shaitan’s expulsion from Heaven did not result from a singular act of dire evil. What we call evil, exists regardless of one fallen Vril General. For evil is implicit, a force of nature that transcends all created beings, who in their own way, must confront it. This includes Vril, Kri-Skar, and mankind alike. Its about choice. No, rather, an act of misplaced pride, intent to do good in his Father’s likeness begot the highest archangel’s rejection from Paradise. As they say, the route to damnation, is paved with noble aspirations.

— Cauron Kreeve: The, ‘For We Were Hewn From Rock…’ Fragment


[Araboth. Before Mankind, Or Time’s Reckoning]

Long ago, there were two brother Vril. Chosen sons, highest of the high, beings of smokeless fire, offspring of that which we call Ehyeh asher ehyeh, or I Am That I Am. The numinous oscillation, the Prime Mover. These fiery twin brothers resided in Araboth, what humans call Seventh Heaven, a sphere faraway, and yet in-between.

Iblis Jinn, Light-Bringer proudly stood at his father’s right-hand, his most trusted adviser and captain of the host of Araboth, entrusted with its defense. As Viceroy of Heaven he commanded the Watchtower, that faced outward, across the Seven Heavens, in constant vigilance and beheld a great lonely ‘Verse, replete with stars, yet no sapience of which to speak.

The Vril were alone, singular amongst all creation.

Cherub, scholar, and Chief Keeper of the way, El-Shaddai Mikhail maintained vigil before The Hekhal. That great ark where inhabited The One, in solitude. It is said, that he even held the knowledge his Father’s genuine name. There he taught his hidden noesis to his brother and sister Vril. He scribed letters of fire, and with these enigmas, embowered fantastic technology. Foremost, El-Shaddai sought out goodness.

“We walk alone,” said Iblis Jinn glumly. “Giants, occupying a desolate playground.” But what bothered the Viceroy’s being even more.. “Our radiance guards nothing but vacuum. There are none to bathe in our splendor.”

“Above all else, Father alone must be honored.” El-Shaddai reminded his twin brother, who he could tell seethed with unrelenting passion, which craved liberation.

“Father created us alone, why?”

“We are but the first.” Assured El-Shaddai.

“And do you my brother, know these things from his own mouth?” Iblis Jinn experienced a pang of jealousy. Even though he was Viceroy of Heaven, alone, their father permitted only El-Shaddai, among all Vril to enter the Tabernacle of his throne.

“Time is infinite to our Father, and he has patience.” El-Shaddai counseled. “Everything is to be in its own, and appointed proper time.”

To his Watchtower, Iblis Jinn retreated. There he gazed outwards, hopeless, as he absorbed the empty cosmos which encircled him, filled with newborn stars and barren worlds. However the Viceroy’s eyes soon fell upon an anomaly, a knot of space-time. “What is this? A planet, and on it life!” The Viceroy felt betrayed.

Opening Araboth’s opalescent gates, Iblis Jinn journeyed far across the stars to this concealed world hidden in a knot of space-time. There, he discovered gumptious beasts, who called themselves Kri-Skar. Goat-like bipeds, mantled with thick woolly pelts and who were crowned with curled horns. In their own right, giants, who were also highly skilled, fabulous technologists. “Glorious!” Exclaimed Iblis Jinn as he realized his father had set to build a concealed armory, and that these Kri-Skar were meant to be his World Movers, whom were given the task to maintain Creation, while spreading life throughout all which they surveyed.

Befriending the Kri-Skar leader, Kelaineus Rax, Iblis Jinn co-opted the world movers for himself in his Father’s name and set his own designs into motion. He came to learn that not only had his father fashioned these fauns, but another sort of being preceded both Vril and Kri-Skar. An Ur-intelligence, which not all too long ago roamed and laid the groundwork of this very Universe. It seemed however that these Ancient Ones recently discovered themselves literally being phased out, or re-purposed, by a ‘Fickle Creator’ as Iblis Jinn asserted, and thus would clear the road for more worthy creatures to rule over Creation.

On Thaitin, a planet that would one day be named Tannhäuser, Iblis Jinn established for himself a stronghold in an abandoned Ancient One city. Once secure there, surrounded by age old technology all for his own unbridled desires, Iblis Jinn flew back to Araboth, and there recruited a loyal faction from among his brother and sister Vril. Out of Araboth’s vast vault, he took with him The Cube, a tesseract, which contained the very seed of all Vril life.

Also, from his Father’s personal vault, just because he knew it meant so very much to him, even if he did not understand its complete value, Iblis Jinn thieved the Ramahite Crystal. A seed from a long since deceased planet.

Back to Thaitin, Iblis Jinn fled and promised his courageous soldiers: “A new beginning. No my brethren, we shall no longer be alone. For I have beseeched Kelaineus and his Kri-Skar to provide us children, who shall bow down before our very splendor.”

Promises of future adoration filled the rebel Vril with a joyous song.

The rebellious Legion of Iblis Jinn adjourned, cube in hand to Tashdan. There, they handed over the matrix spark to Kelaineus, who exposed basic primates, lemur-like things which his technologists had manufactured in their vast and excellent laboratories, and named (T-9051) Aki’do to the Vril cube’s divine, transformative, incandescence.

Fueled by Vril life force, the Aki’do began to change. Growing tall, creamy soft yellow fur drop-off to reveal bluish, yet now shining bright skin, that gleamed with its own incandescent flare, akin to the manner of their angelic progenitors. Endowed by wide intellects and psychic power. they recognized themselves as Children of the Stars.

For Iblis Jinn these new creatures were splendid to behold. Yet, a price came with this new life. Not all of the Aki’do became shining beings, for the spark of the Vril generator enhanced a dark aspect within some of the Aki’do specimens, who became pale, fanged, twisted and distorted things. Brute beasts. Forces of nature, that craved blood. \

Dark reflections of a noble idea.

Though not pleased by the dark spawn’s genesis, Iblis Jinn embraced equally the Anunnaki and Utuk-ku, who he promised to shepherd and school in all the knowledge that his own father gifted to the Vril. He gave them a planet, a secret place. Jalutith they called it, and there the powerful Anunnaki, with their kin Utuk-ku, whom they enslaved, raised gargantuan Ziggurats to venerate Iblis Jinn’s rebel Legion and the Kri-Skar.

Long gone from Araboth, Iblis Jinn thought to slither back to the high kingdom, cube in hand. At the exalted vault’s door he found himself confronted by his twin brother, El-Shaddai. “Brother!” Iblis Jinn said enthused, and hoped to bring El-Shaddai to his cause. Surely the Wise One could see the brilliance of what he had done. “We are no longer alone in the vastness of Father’s creation. For we have children who worship us, call our name in prayer.”

“But do they know of Father?” To be sure, El-Shaddai was quite aware of what his brother had wrought out there in the open Universe.

“No. It’s to us alone, that they call out in petition. And why should they not? I gave them life, it is my Plan which brought them into being. For it is my image in which they are created.”

Sorrowful, El-Shaddai declared: “For corruption of our Father’s Holy design, and elevating for thyself a throne to resemble his power on high. I, El-Shaddai Mikhail, cast you out of Araboth” Outlawing his brother, he name him thus.“Forever more you shall be called Shaitan.”

Iblis Jinn could see that his way was blocked, and so he grappled his brother. Thunder-Lances ablaze, in the vastness between the newborn worlds, twin brothers battled. And as they made war, Iblis Jinn lost his grip on The Cube, it fell away, sent adrift into deep space, lost.

El-Shaddai Mikhail raised his Thunder-Lance, struck and wounded his brother in his side. In doing so, he diminished Iblis Jinn greatly yet not completely. Though the Cherub Commander loved him still. Recalling good times at Iblis Jinn’s side, El-Shaddai could not bring himself to totally extinguish his twin brother’s light. “Go back to your stronghold Iblis. Keep your traitor Legion. Do not threaten Araboth, or corrupt more of our brothers and sisters.”

“I shall depart my brother, but this is not over. I shall make eternal war on both you and Father.”

El-Shaddai understood this to be unavoidably true, for The One shared as much with him.

El-Shaddai Mikhail, Viceroy of Heaven from his Watchtower peered out at the numerous worlds. Many teamed with life. The very framework for Creation, building layer upon layer of I Am that I Am’s greater designs began to head, relentlessly toward his Father’s goal. A masterwork of artistic, and engineering genius. One speck of light held the Viceroy’s interest. A new lifeform, on a tiny blue planet. Bipeds, primates, who held a close resemblance to Shaitan’s Anunnaki built for themselves, out on a fertile crescent, civilization. “They’re most unexpected, and shall bear further watching.” El-Shaddai proclaimed. “Vretil, my friend, take your Legion and return to me with news of these most auspicious creatures.”

Vretil, the Holy Register flew away to the tiny blue planet. There he observed that these Adamu or, ‘humans’ were in truth products of Anunnaki science.