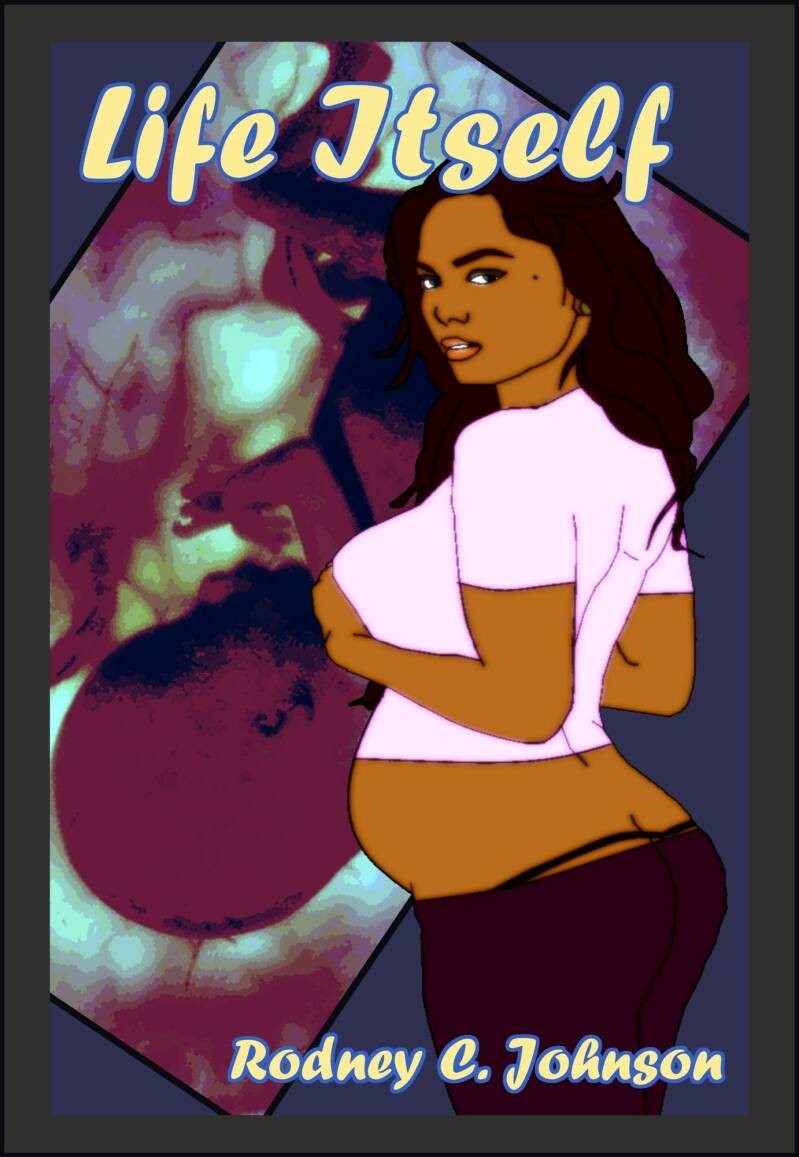 On the evening Sarina Rubik-Tank gives birth to her new daughter, she’s visited by a most unwelcome guest!

This is a free follow-up, to Synthetic, Electric Romance.

— Alquist, Clerk and last human. From R.U.R. by Karel Capek

Sarina Rubik-Tank took a deep breath, closed her eyes, and indeed, pushed, summoning all her Morningstar capability and might.

The labor lasted hours. For Sarina, it began to feel as though she lay, legs up in stirrups for days on end. Yet her time-sense assured Sarina that it’d only been three hours since her water broke. If anything, at this moment, every bit of her sensory input had reached a crescendo.

In the midst of her parturition, Sarina could perceive her collected friends – Family. Not only in the birthing chamber with her, but those outside, beyond the doorway, also. The eager chattering of Diesel, Thorium, and Octane, she and Cylus’s adopted boys. Impatiently waiting for their new sister to at last arrive, reached Sarina’s ears, in a clarity that only a mother could understand.

Yes. There could be no doubt. Nothing short of wizardly intervention, divinely inspired, made it even achievable for Sarina, a Morningstar and Cylus, a Mecha able to cultivate progeny, which incorporated bits of both she and him. Unlike the first Morningstars, synthetic beings themselves, an artificial womb just wouldn’t properly incubate this baby.

Suddenly, Sarina’s positronic brain changed her reality. Sarina found herself once more returned to her wedding day. They’d done the extraordinary, transported every friend they had on Gear to the very center of the Morningstar Conglomerate, Fountainhead – Even Snowball/Sparkplug, the white Persian and good old Simba, their household felines.

It helped to have friends in high places.

For a flash, Sarina recalled Selita, her duplicate sister, newly promoted as The Sovereign’s personal secretary, catching her bouquet of tiger lilies as she’d tossed them from the grand Tabernacle of the Blue Ghost’s steps. They’d yet to usher in Selita’s own nuptials. Sarina’s duplicate, not herself nearly as lucky in love as either Sarina or their other duplicate, Sheena.

Hand pressed tight onto Cylus’s giant, firm mitt. Sarina was glad for her husband’s sturdy Mecha frame. It made the labor pains, almost tolerable, to press, with all her innate muscle power, like a clamp on Cylus’s ceramic alloy hand. An expletive, hurled at their Designer, just about loosed from Sarina’s lips. He’d upgraded the plumbing innumerable other ways, hammered Morningstars into demigods. Yet, Morningstar women continued to endure pain in childbirth. Why?

“You’re doing just wonderful.” Cylus encouraged. Truthfully, slightly disoriented, here in this birthing chamber. Biology, synthetic or otherwise, wasn’t exactly his wheelhouse. At the moment Cylus felt like a voyeur, watching his wife, legs opened, while down on that end, another person, indeed an honored friend, helped convey their daughter into the world. But what mattered to Cylus most of all; Sarina needed his hand to hold.

Sarina blinked and realized she stood outside of her body. A hallucination? The positronic brain was an extraordinary piece of hardware. It offered tremendous benefits, yet also was filled with many quirks. “Am I dead?”

“Did you think I’d miss this?”

Sarina rolled her blue eyes. “Why are you here, Iblis?”

The Vril grinned, his fanged grin, curiously paternal. He wore the same golden visage that Sarina originally encountered him in. An approximation of a Falcanian’s mammalian winged frame and plated-tail, pointed ears, basic, well muscled humanoid shape. “For the same reason she is.” Iblis Jinn nodded toward the auburn haired woman, who guided Sarina through her labors. “You’re about to bring a novel new life into the Universe. I wanted to see it. Just like Nadia.”

Sure. Sarina knew that she and her family were somewhat, she hesitated to say ‘famous’ but they were well known. She was after all married to the only known sapient Mecha, and of course, the incident on Gear with the Futureans brought with it much scrutiny from those in power. Selita and her Mum working for The Sovereign didn’t help out much. But really, Sarina didn’t need Iblis Jinn peeping in on her giving birth. How could that not be bad luck? “Just what I always wanted. The Devil, Shaitan himself, visiting me while I give birth to my daughter.”

“Harsh words.” Chided Iblis Jinn. “I mean you no harm. Morningstars are named in my honor for good reason. Who do you think whispered into Dr. Korelia’s ear, as he toiled away in his lab? Without me, there’d be no raidun90.”

Sarina reentered her body, only murkily conscious that Iblis Jinn watched the proceedings. All at once, her Morningstar blue eyes illuminated, and she let rip a screech, followed by a pregnant second of hush, soon broken by healthy cries from a newborn baby.

“Cylus, would you like to cut the cord?” Asked Nadia Korelia.

The new, proud father took the proffered shears and severed the umbilical cord, which tethered mother and baby for so long.

“Maybe, a bit.” Agreed Sarina, baby cradled in her arms.

Actually, though the newborn did have her Mum’s Filipino coloring, and hints of Asian features, baby Tank inherited Mecha traits too. Unknown circuitry and metallic enhancements, purposes not yet clear studded the baby girl’s chassis. Her most striking attribute however, were tufts of magenta hair, which matched up nice with big adorable, blue Morningstar eyes.

Shulamit ‘Sula’ Arcee Tank. Named for Sulla, from Karel Capek’s R.U.R. (Rossum’s Universal Robots), was surrounded by love. Sula would prove to have a most adventuresome life. Even joining and employing her uncommon talents in the Star Chaser Corps, which supplied the young woman a chance to view the Universe. What mattered to newborn Sula currently was that she rested in the loving embrace of her parents.